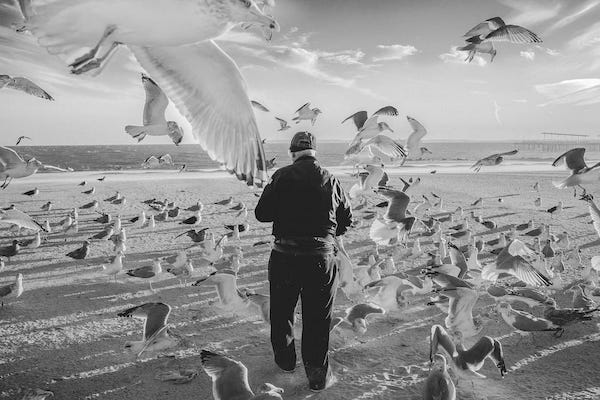 SARS-Co-2 or COVID-19 moves swiftly across the planet, leaving no region untouched. It is a powerful virus, with a long enough incubation period to hide the symptoms and therefore to gather more and more people in its deadly arms. 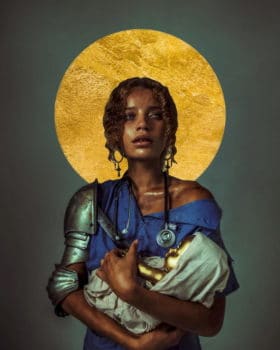 Slowly, the world is shutting down, fear is overtaking us. But fear is not an option. The virus is deadly, but it is not the virus alone that engenders fear. Much of the world is afraid because people realise that we live in institutional deserts, that our elected leaders are mostly incompetent, and that the profit motive has focused so much of human potential on money rather than on humanity. The deep loneliness that has fallen like a shroud on the world comes from that realisation as much as from the enforced social isolation. A majority of the world’s heads of governments rely upon fear to bewilder their populations; they thrive on panics of one kind or another. They simply do not have the moral fibre to lead us as this pandemic rushes through our lives.

In an unlikely place, the Financial Times, the Africa editor David Pilling writes of the catastrophe occasioned by the shift from public health to private health. There is, he writes, ‘the temptation to view health through a personal lens’, as non-communicable diseases such as cancer, hypertension, and diabetes eclipse other ailments; the antidote to these ailments has been seen as personal (a fitness regimen) and private (expensive medical insurance). As private medical colleges, private hospitals, and private pharmaceutical companies have ballooned, the public system has withered. This development, Pilling notes, ‘ignores two facts. One is that the most effective health interventions, from clean water to antibiotics and vaccines, have all been collective. The second is that infectious diseases have not been defeated. They have, at best, been kept at bay’. There is no substitute, as this catastrophe unfolds, to transfer priorities from privatisation to the creation of a robust public sector at the very least for health.

Even in the most threadbare health systems, cannibalised by austerity, it is the nurses and doctors, the ambulance paramedics and the janitors, who have been heroic in their work; doctors and nurses are being called back from retirement, working now long hours with no time to rest. They are working beyond exhaustion to stem the tide against the virus. In this mutilated world, those who hold us together by the bonds of love and fellowship are our heroes, marvellous people who are willing to put themselves in harm’s way to protect their fellow humans. Care givers–whether in families or in institutions–never get sufficient credit for the enormous burden they have shouldered as politicians have gutted the State and society. I would prefer a planet of nurses rather than a planet of bankers. 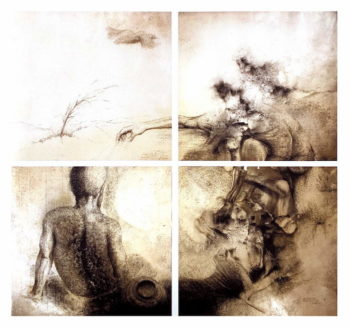 News from Italy is startling, but it is a prelude of what might happen if the virus fully enters the favelas and bastis of the world. It is little known that the Spanish flu of 1918-1919 had its worst impact in Western India; of those millions who died in that pandemic, 60% were from this part of India, and those who died were weakened already by malnutrition enforced by British colonial policy. Today, the hungry live in these belts of slums that thus far have not been dramatically hit by the virus. If death begins to stalk those areas, where medical care has been severely depleted, the numbers of those who will die shall be startling, the wretchedness of the class structure evident in the mortuary.

The poet Margaret Randall, whose memoir I Never Left Home has just been published, has sent us a poem that sets the mood for this period:

COVID-19
When the death toll is expected
to be in the millions
chances are
someone you love will die.
The plagues of old revisit us now
and we scramble
to stay safe, stay
sane and present for others,
help neighbours, buy only
what we need,
from store shelves emptying
to a beat of fear. 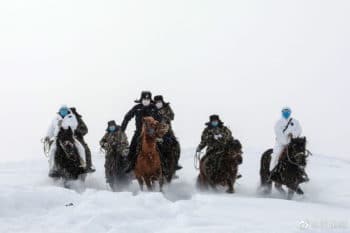 Chinese doctors in the Altai mountains.

Let us share facemasks
like the Chinese
and wash our hands
in silent prayer.
Let us sing from balconies
imagined and real
like Italians
in nationwide lockdown. 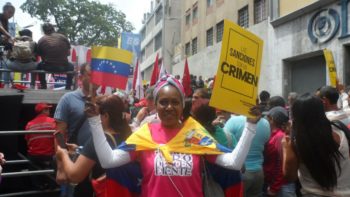 Sanctions are a crime, Caracas, Venezuela, 2020.

Let us be kind to one another
and organise the remedies
and solutions
irresponsible leaders put at risk.
If this is the Big One,
let us go out
with dignity, if a rehearsal
let us finally propose to live in peace.

Humans have for centuries confronted with great sorrow little understood cataclysmic death, plagues and cholera being the most notable. When the catastrophes strike, it is often women–as nurses, as mothers, and as sisters–who have held society together. Mysterious and mystical explanations have abounded. Science has helped us break through the deep fatalism that has bewildered people; now we seek explanations in the sequencing of genes and in the creation of vaccines. It is belief in reason, science, and solidarity that sent Chinese doctors and nurses to the ends of their country, such as into the Altai Mountains, to heal people and to contain this very dangerous virus that has engulfed us in anxiety and death; it is this that sent them, along with Cuban doctors, to Iran, Iraq, and Italy to assist countries in distress. Their arrival reminds us of a century-long history of socialist doctors and nurses who have thrown themselves into international solidarity for the sake of humanity. These are people who share an ethical landscape with the Indian communist doctors and their people’s polyclinics that we wrote about in Dossier no. 25(February 2020). This is the socialist tradition. 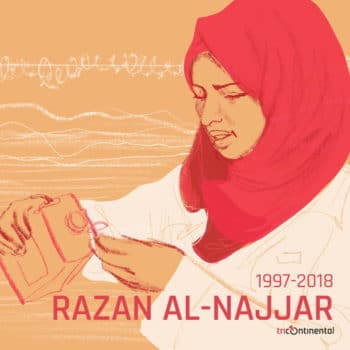 And then there is the imperialist tradition. As COVID-19 spreads, and as Iran was struck hard, a humanitarian response from the United States would have been to end all murderous sanctions and let Iran import medical equipment and supplies. The same applies to Venezuela, where COVID-19 has now begun its march. Paola Estrada of the International People’s Assembly and I spoke to the Venezuelan Foreign Minister Jorge Arreaza, who told us that his country is facing ‘difficulties for the timely acquisition of medicines’. But Venezuela, like Iran, has been assisted by the Chinese, the Cubans, and the World Health Organisation. They are resolved to break the embargo of imperialism and to break the chain of viral transmission. ‘Sanctions are a crime’, they say in Venezuela. The U.S. unilateral sanctions take on a special criminal significance in the midst of this pandemic.

Equally criminal is that the siege of Gaza (Palestine) continues, with two million people trapped by the Israeli blockade in a deeply congested area. The Palestinian nurses, doctors, and medical support staff, as well as the teachers and social workers who have, for decades, held together their fragile society do not get as much credit for keeping Palestinian society alive and resilient. One of them was Razan al-Najjar, a twenty-one-year old medic who was nursing unarmed protestors in the Great March of Return; they were being shot at by Israeli snipers. One sniper aimed his rifle at her and deliberately murdered her on 1 June 2018. There are thousands of nurses, doctors, and medical workers like Razan al-Najjar who are working hard to maintain the collapsing society in Yemen, where–due to the Saudi/Emirati war–more than half of the population lacks the very basic healthcare and nutrition. Imagine what the scourge of COVID-19 will do in Gaza and in Yemen? That blockade, this war must end. 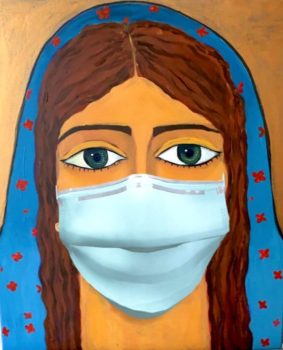 The World Health Organisation has been working hard, despite insignificant funding, to stave off the spread of the virus. If you are able to donate some money, please do so to WHO’s Solidarity Response Fund. Stand up to defend this mutilated world by helping the caregivers whose labour is the salve to see us through to the other side of this ruin.