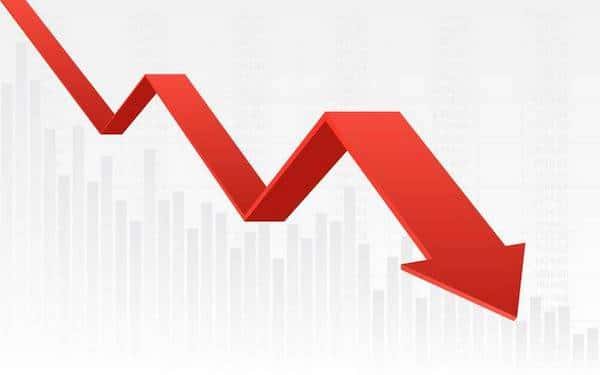 Now it is official: India has managed to become the global leader in the number of new daily cases of COVID-19 and the worst performing of all major economies during the pandemic so far. How did we manage this double feat? Not through ‘acts of god’, but because of the incompetence and apathy of our current leadership.

Data on the decline

The estimated 24% GDP contraction in April-June 2020 compared to the previous year is the worst performance among G20 economies, and even compared to other South Asian countries. But these numbers are likely underestimates because they are based on information from the formal or organised sector, extrapolated to informal unorganised activities. The actual decline is probably worse. Physical indicators such as the index of industrial production (covering registered manufacturing) declined by more than 20%, but ground reports indicate that unorganised manufacturing declined by much more. Many micro, small and medium enterprises (MSMEs) in manufacturing and services are still closed or functioning at a small fraction of their capacity. Wage incomes are falling more sharply than GDP because of the combination of employment declines and falling wage rates.

There is other bad news in the GDP data: every sector other than agriculture declined sharply, especially the more employment-intensive sectors. The good rabi harvest and very good monsoon provided some respite in agriculture, but with incomes down, farm prices are unlikely to revive and ensure sufficient returns for cultivators over the year. Government consumption expenditure increased by about 16% over the same period in the previous year, but since total investment fell drastically (by around half), it is likely that public investment also fell. And gross value added in public administration, defence and other services fell by more than 10%. Around 90% of this is salaries. Central government salaries have not fallen, so the squeeze must have fallen on State governments: many of them have probably frozen or delayed salary payments.

Meanwhile, the pandemic continues apparently unabated: all talk of “flattening the curve” (as wishful as the “green shoots” in the economy that official spokespersons keep seeing) has vanished, replaced by the completely meaningless indicator of recovery rates which are bound to improve with more cases. The brutal national lockdown generated economic collapse even before the disease had spread much. Instead of testing, tracing, isolating and treating–which is costly but is still the only effective way to deal with this disease–the central government shut everything down across the country without warning. Then it provided no compensation and almost no social protection to those (around 80% of workers) who lost livelihood. Migrant workers were forced to return in terrible conditions to their homes, where they have unwittingly spread the disease in rural areas with poor health facilities. Working people have been impoverished and debilitated by lack of nutrition because they have been less able to afford food. Now they are being told to go back to work (mostly at lower wages) even as the risk of disease has grown exponentially.

What is more terrifying is that this is still just the beginning: there is little reason to believe that this awful trajectory will be halted unless there is a major change in government strategy on both health and the economy. The downturn is definitely extending into the current quarter, and probably the rest of the year, so we are staring at the biggest economic crisis in independent India.

Lack of demand is a crucial reason for this. Both consumption and investment were declining well before the pandemic struck. Thereafter, despite the enormity of the economic collapse, the government’s relief responses have been pathetically small, barely touching the hundreds of millions of people affected and with little impact on aggregate demand. The halting steps taken on increasing liquidity have been effectively useless: bank credit has declined overall, and (other than favoured large companies) all types of borrowers have received less bank credit.
The most disgraceful treatment has been of State governments. Despite the centralising imposition of the national Disaster Management Act, there was almost no coordination. State governments have been forced to do all the heavy lifting of dealing with the health crisis and the economic effects of the pandemic on their own, even as the Centre has denied them resources to do this effectively. The Centre is even denying the States their legal dues of the Goods and Services Tax (GST) compensation cess. This reneging of a contractual promise could spell the end of what has been a poorly conceived, badly planned and worse implemented GST.

The consequences of this stinginess will be felt directly by citizens. Most State governments front-ended their expenditures for the entire year to deal with the crisis and are now running out of money. Unlike the Centre, they face hard budget constraints and gave up their revenue-raising powers to the GST. They are now being told to borrow money (that the Centre owes them!) when it is uncertain how they will repay. This is going to affect their spending for the rest of the year and people will feel the results in reduced basic services.

Roll out a fiscal package

None of this was necessary or “god-given” and could have been averted with the right policies. Even now, this terrible trend can be reversed. The central government must immediately provide a large fiscal package (with actual money made available, not empty promises) including the following: pay the State governments their pending GST compensation dues and provide more resources in addition to deal with the pandemic and its effects; universalise the Public Distribution System (PDS) and provide free foodgrain (10 kg per household per month) for at least the next six months to anyone who needs it; provide ₹7,000 per family for three months as compensation for the incomes lost during the draconian lockdown; double the number of days of employment per household under the Mahatma Gandhi National Rural Employment Guarantee Act to 200 per year (for this year at least) and start an urban employment guarantee programme; extend the debt moratorium and convert into a standstill (without requiring interest payments for that period) and make sure that fresh credit reaches MSMEs and farmers who are being deprived of it; provide much more dedicated resources for health: for all the pandemic-required spending, and to deal with other health concerns that have been ignored or postponed for the past five months.

This will cost money, for sure; but not doing this will be even more costly for the economy and the people. Not spending now will push the economy into a deeper hole, reducing incomes and, therefore, also taxes, and creating a bigger fiscal deficit even with lower spending. For now, these increased expenditures can be paid for by the Centre borrowing from the Reserve Bank of India (monetising the deficit, as governments across the world have been doing). This will not be inflationary as long as essential supplies are maintained, because demand is currently so low. Eventually, wealth taxes and taxes on multinational corporations (especially digital giants that manage to avoid taxes) must be thought of. Bold thinking and urgent action are the only way out.