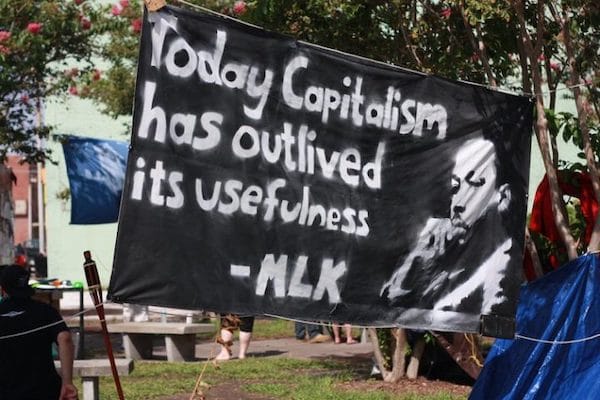 In this post, I continue the draft of sections of my forthcoming book, “Marxian Economics: An Introduction.”  This, like the previous two posts, is for chapter 1, Marxian Economics Today.

This is certainly not the first time people have looked beyond mainstream economics. There is a long history of criticisms of both mainstream economic theory and capitalism from the very beginning. Although students won’t have read about them in traditional economics textbooks.

In the history of economic thought, criticisms of the mainstream approach were formulated early on. Adam Smith, David Ricardo, and others (such as Jean-Baptiste Say, Thomas Robert Malthus, and John Stuart Mill) developed classical political economy in the late-eighteenth and early-nineteenth centuries, when the new economic system we now call capitalism was just getting off the ground—and almost immediately their approach was debated and challenged.

The classical political economists developed a labor theory of value to analyze the value of commodities, the goods and services that were bought and sold on markets. They utilized that labor theory of value to then argue that capitalism, based on increasing productivity and free international trade, would lead to the growth of industry and an increase in the wealth of nations.

The early critics of classical political economy included a wide variety of writers, especially in the United Kingdom and Western Europe, from Thomas Carlyle (an English Romantic who expressed his opposition to the market system, because it rewarded “salesmanship” and not hard work) and John Barton (a British Quaker who argued that the introduction of labor-saving machinery would permanently displace workers who would not be absorbed by other branches of industry) to Jean-Charles-Léonard Simonde de Sismondi (a Swiss historian who viewed capitalism as being detrimental to the interests of the poor and particularly prone to crisis brought about by an insufficient general demand for goods) and Thomas Hodgskin (an English socialist, critic of capitalism, and defender of both free trade and early trade unions). 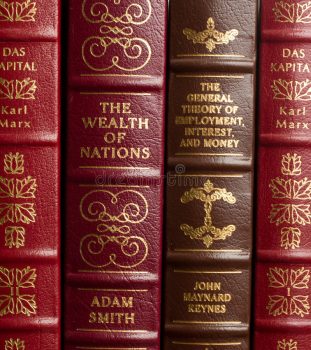 But the debate about early mainstream economics didn’t stop there.

In the late 1800s, a new school of economic thought, neoclassical economics was created, which represented both an extension of and break from classical political economy, although in a manner quite different from that of Marx. The early neoclassicals—such as William Stanley Jevons, Karl Menger, and Léon Walras—rejected the classicals’ labor theory of value, in favor of consumer utility, but accepted the classicals’ celebration of capitalism’s rising productivity and free trade. Hence, both the “neo” and the “classical” of their name.

The neoclassical economists’ basic argument was that, if all markets are allowed to operate freely, all consumers would maximize utility, all firms would maximize profits, and the economy as a whole would reach full employment. The “invisible hand” became the central thesis of contemporary mainstream microeconomics.

And it had general validity within mainstream economics until the Great Depression of the 1930s, when in the United States and elsewhere capitalist economies crashed and the unemployment rate soared to over 25 percent. Not surprisingly, the neoclassical orthodoxy was challenged at the time by many economists, including John Maynard Keynes. Keynes’s idea was that, because of fundamental uncertainty, especially on the part of investors, it was highly likely that capitalist economies would regularly operate at less-than-full employment. The need for the “visible hand” of government intervention to achieve full employment was the basis of the mainstream macroeconomics. 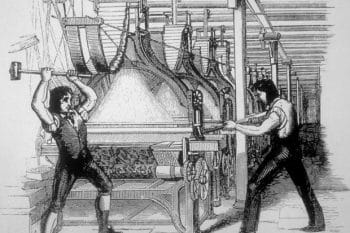 Perhaps the most famous early mass movement against capitalism was directed by the Luddites, a radical faction of English textile workers who in the early-nineteenth century attacked mills and destroyed textile machinery as a form of protest against low pay and harsh working conditions. While the name has come to be associated with anyone opposed to the use of new technologies, the actual historical movement objected to machinery that was introduced to speed up production and change the terms of negotiation in favor of employers and against workers.

Later, when workers were able to form labor unions—against a great deal of opposition from their employers and governments that backed those employers—they developed new strategies to challenge the ways they were considered and treated within capitalism. They often demanded higher pay, more secure employment, additional benefits, and even a say in how the enterprises in which they worked were managed. Depending on the situation, they set up picket lines, went on strike, occupied their workplaces, and organized unemployed workers. In many cases, while the workers were primarily concerning with meeting their daily needs, their activities were treated as attacks on capitalism itself. 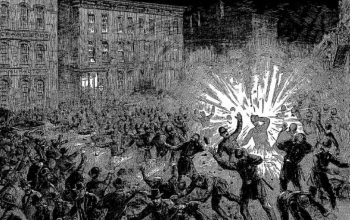 That was certainly the case in the campaign for an eight-hour workday, which reached its peak in May 1886 in Haymarket Square in Chicago. It began as a peaceful rally to limit the length of the workday (at the time, workers were regularly required to labor much longer—often 10, 12, or more hours a day, without overtime pay) and then, when the police intervened to disperse the gathering, it became a full-on riot with a number of casualties. Ironically, in commemoration of the rally, 1 May has come to be celebrated around the world as Labor Day—except as it turns out, in the United States, where Labor Day was pushed back to the first Monday in September and no law has ever been passed to limit the length of the workday.

While many of the movements that have challenged capitalism have emerged from, been based on, or allied with workers and labor unions, many others have not. Students may recognize the names of some of the early utopian socialists and utopian experiments (although you probably read about them in courses other than economics): Charles Fourier, Henri de Saint-Simon, Robert Owen, and Henry George. Beginning in the nineteenth century, in the United States and around the world, groups of individuals (often, but not always, influenced by various strands of socialist thinking) formed “intentional communities” and cooperative societies. The Shakers (in the United States) and Mondragón (in Spain) are perhaps the best known.

And the list of critics of capitalism—both individuals and movements—goes on. It includes, of course, a wide variety of left-wing populist, socialist, and communist political parties (some of which have come to power, either through democratic elections or revolutions). A fundamental questioning of the capitalist system has also emerged from and influenced many other individuals, groups, and traditions, from civil rights leaders (such as Martin Luther King, Jr., in the United States) and religious groups (for example, the liberation theologians in Latin America) to independence movements (Angola and Mozambique are cases in point) and transnational protests (like Occupy Wall Street).

What can we conclude from this brief survey? From the very beginning, both mainstream economic thought and capitalism have brought forth their critical others.