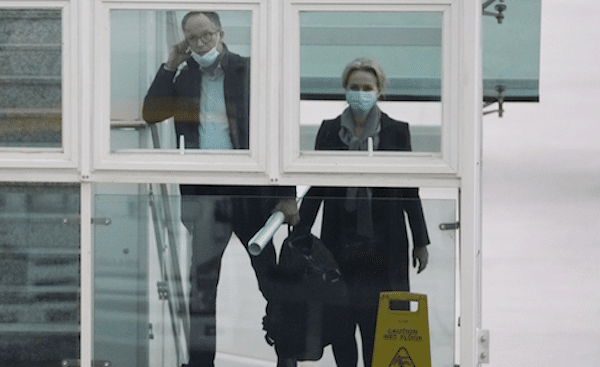 World Health Organisation team members prepare to board a plane, marking the end of their WHO mission in Wuhan, China

SCIENTISTS on a World Health Organisation (WHO) mission to Wuhan to look at the origins of the coronavirus outbreak have accused Western media of “twisting” quotes to fit an anti-China narrative.

The U.S. government and many media outlets have queried WHO findings that do not corroborate theories promoted by Washington, such as the virus escaping from a Chinese laboratory.

In a statement on Friday U.S. national security adviser Jake Sullivan said that Washington had “deep concerns about the way in which the early findings of the COVID-19 investigation were communicated and questions about the process used to reach them.”

But British zoologist Peter Daszak, who was part of the WHO mission in China said that claims China had refused to hand over data were untrue.

“This was not my experience on the WHO mission. As lead of the animal/environment working group I found trust and openness with my China counterparts. We did get access to critical new data throughout. We did increase our understanding of likely spillover pathways,” he said.

In a swipe at reporting of the mission’s work, he tweeted:

It’s disappointing to spend time w/ journalists explaining key findings of our exhausting month-long work in China, to see our colleagues selectively misquoted to fit a narrative that was prescribed before the work began. Shame on you @nytimes.

A Chinese Foreign Ministry spokesman reminded the U.S. that the WHO “is an authoritative multilateral international organization in the field of health, not a fun-fair where one can come and go at will.”

China called for the U.S. to “hold itself to the highest standards” of openness and transparency saying “the whole world will be looking.”