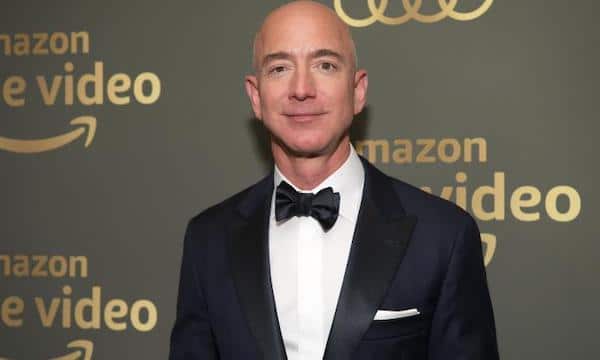 If half a million people in the United States were murdered by an evil cult, the leaders of which said that they would keep killing thousands a day to satisfy their rapacious urge for power and money, what do you think the response would be?

The last U.S. mass casualty event that came close in scale was the 2001 terrorist attacks, when some 3,000 people were killed in a single day. The reaction after 9/11 was swift and dramatic. All levels of government decried the loss of innocent life. The White House launched a “war on terror”, spending $6.4 trillion by 2019, according to the Watson Institute of International and Public Affairs, and established an entirely new federal government department, Homeland Security, which is the third largest.

Congress passed the Patriot Act, which was used to justify a mass surveillance program over the entire population to find anyone remotely sympathetic to the murderers. The corporate media relentlessly denounced the evil masterminds of the attacks and the detestable, radical ideology that motivated them. A special facility at Guantánamo Bay was established to jail and torture anyone perceived to be involved. Muslims were rounded up in the U.S. and around the world. Hundreds of thousands were killed in Iraq and Afghanistan as more than 1.5 million troops were rotated through those countries over the next two decades.

It was as close as a country gets to a “total mobilisation”—mustering public sentiment, almost all media outlets, the entire political class and education system, from primary schools to universities, and recruiting and directing a huge array of national resources and human activity to a single end. All of it, allegedly, was for the safety and wellbeing of U.S. citizens: to make sure that the World Trade Center deaths would not be in vain and to prevent such a loss of life ever happening again.

We know that there was a great deal of bullshit and lies in the response, that the terrorist attacks were used as a pretext for wars that sections of the political and military establishment were intent on waging anyway. But still, you might think that, if there were a series of mass casualty events claiming the lives of 3,000 people per day over an extended period, reaching a total of half a million deaths, with no end in sight, every level of government in the United States might mobilise resources in an unprecedented way to stop the carnage, right?

Yet what we in fact see are state and federal governments, Republican and Democratic alike, overseeing the deaths, which are indeed close to 500,000 in just one year. The U.S. ruling class has allowed the coronavirus to become endemic in the population because of a twisted ideology that valorises corporate profits above human life.

And nowhere has the response come anywhere close to the frenzy after 9/11. The nature of the government has made little difference. Far-right, centre-right, liberal and centre-left administrations have all shown that their loyalties are one and the same. When the conflict emerges between making profits and saving human life, invariably the latter has been sacrificed.

There have been half measures here and there, and belated lockdowns or mask mandates in several countries when the hospitalisation and death rates got so high that the capitalist economy was being battered anyway. But at each opportunity, any serious attempt to bring community transmission under control was abandoned to allow businesses to resume making profits.

The approach is akin to waiting days after a major accident to admit a car crash victim to hospital, in the hope of saving money, then sending them home with only half their still bleeding wounds sutured and dressed, again to save on expenses.

Yet the countries with the worst outcomes have generally been the ones with the most resources and wealth. The enormous resources at their disposal—resources that are outlaid in the blink of an eye to launch a war, to give as handouts to the rich, to fund corporate welfare and company tax cuts—have simply not been deployed on a scale that would come close to addressing the challenge.

It’s not a case of unfortunate errors and miscalculations. They simply do not care. In almost every country, they have attacked as enemies of freedom those advocating measures to bring the death rate down decisively. They have again and again tried to downplay the seriousness of the situation and accused their opponents of overreacting.

Why? Because unlike an event like 9/11 in the United States, or some of the other terrorist attacks in Europe that in some instances have claimed only one or two lives, all obvious responses to the pandemic involve significant and ongoing spending on the health and welfare of workers and the poor—when the rich and powerful have spent decades cutting spending in those areas. If they were to engage in mass public spending to protect the lives and livelihoods of the majority of the population, it would only raise the question: Why can’t this be “the norm”, instead of the trillions spent on war and big business tax cuts?

Try as they might, it is difficult for politicians and their corporate media and big-business backers to leverage the pandemic for nefarious ends like war, corporate tax cuts or attacks on social spending in the name of national unity. They cannot credibly blame China (not that it stops them) or “radical Islam” for the overflowing hospitals. It’s down to them, and they know it.

Almost the entire world over, the ruling class response is to hope that the vaccines, from which their friends in the pharmaceutical industry will make billions of dollars, will put an end to the worst of it. Yet the rich countries have bought up the lion’s share, meaning that the virus will continue to devastate poor countries.

In the meantime, as mutant coronavirus strains spread across the planet, bringing into question the efficacy of the new vaccines, it’s business as usual: thousands dying every day because there’s still money to be made. It tells you everything you need to know about how the ruling class thinks—and what they think the rest of us are really worth.