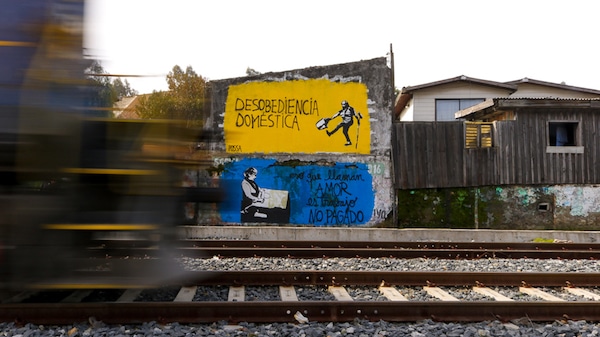 Women around the world spend an average of four hours and twenty-five minutes per day on unpaid care work, while men spend an average of one hour and twenty-three minutes per day on the same kind of work. This was the finding of an International Labour Organisation (ILO) study from 2018. What is care work? The ILO study defines care work as ‘consisting of activities and relations involved in meeting the physical, psychological, and emotional needs of adults and children, old and young, frail and able-bodied’.

There are two main kinds of care work, as described by the ILO. The first is characterised by direct care activities (sometimes referred to as ‘nurturing’ or ‘relational’ care), such as ‘feeding a baby, nursing a sick partner, helping an older person to take a bath, carrying out health check-ups, or teaching young children’. The second is characterised by indirect care activities, ‘which do not entail face-to-face personal care, such as cleaning, cooking, doing the laundry and other household maintenance tasks (sometimes referred to as “non-relational care” or “household work”), that provide the preconditions for personal caregiving’. Direct and indirect care work operate in tandem, the physical and emotional labour that holds together the fabric of society. 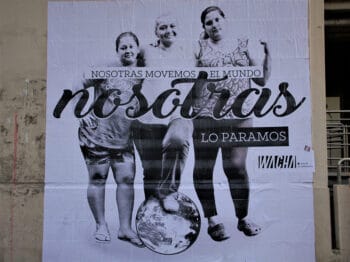 ‘We move the world, we stop it’, an intervention that took place during the 8M March based on a photograph taken of comrades from the Movement of Excluded Workers, La Plata, Argentina. Colectivo Wacha

Women and girls, the ILO study shows, carry out three quarters of the unpaid care work that is required to maintain families and society. If those who perform unpaid care work received the minimum wage in their respective countries, the wage bill would amount to US$11 trillion (or up to roughly 15% of global Gross Domestic Product, the size of the total digital economy). The necessity of this unpaid care work–including taking care of children and the elderly–has prevented women, and some men, from entering the paid workforce. In 2018, according to the ILO, 606 million women said that unpaid care work meant that they could not seek paid employment outside the home; 41 million men said the same thing.

During the pandemic, 64 million women lost their paid jobs, while most women found themselves spending more time on unpaid care work than before the Great Lockdown of 2020-21. In our study CoronaShock and Patriarchy (November 2020), we note that during the pandemic, ‘care work has increased exponentially, and the extra burden continues to fall on women’. It is largely women who are overseeing the education of their children, maintaining households that struggle with diminished incomes, and taking care of the elderly in times when they are most susceptible to the dangers of COVID-19. UNICEF reports that 168 million children have not been in school for almost a full year.

At the same time, many of the frontline care workers in our societies, from nurses to cleaners, are women. It is these women who find themselves being applauded as ‘essential workers’ at the same time as their working conditions deteriorate and their wages stagnate, putting them at risk of contracting the virus. Last June, in a dossier called Health is a Political Choice, we documented how women health workers in Argentina, Brazil, India, and South Africa are struggling to improve their working conditions and to earn enough to care for their families. Our sixteen-point list of demands that ends the dossier came out of the struggles of unions in these countries, demands that remain as fresh now as they were last June. This pandemic has uncovered and sharpened our sense of how patriarchy blocks the advance of social progress. 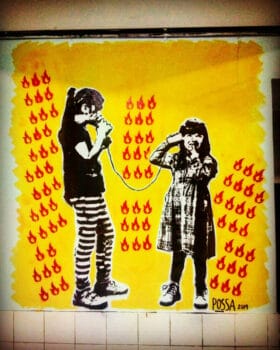 Our team in Argentina, along with the collective Mapeos Feministas (‘Feminist Mapping’), developed a podcast to explore the uneven impact of the pandemic through a feminist lens. This work of documenting the crisis and the struggles of people in Argentina led to the publication of our recent dossier, Uncovering the Crisis: Care Work in the Time of Coronavirus (dossier no. 38, March 2021).

The pandemic has put immense pressure on families, with women at the centre of the increased workload. This pressure is the result of a long period of austerity cuts made to state institutions, which has resulted in a deterioration of social wages (including pre-school care for children and nutritious food in school). This long-term problem is captured in the phrase ‘care crisis’ (crisis del cuidado), coined by the UN’s Economic Commission of Latin America and the Caribbean (CEPAL) in 2009. Due to the austerity regime, the notion of family has been broadened as caregivers draw resources from others in their community. These wider networks of family surpass kinship, emerging as an essential foundation for survival during the pandemic.

Luz Bejerano of the Transgender Movement of Argentina reports that a transgender comrade opened an outdoor kitchen to feed people, which also provides snacks for children. Silvia Campo of Encuentro de Organizaciones explains how her organisation is working to trace cases of COVID-19 and disseminate information to the public about health clinics and services. María Benitez of the Federation of Grassroots Organisations organised her neighbours to go to the landlords and tell them–successfully–that they cannot evict families during the pandemic. Against all the odds, Luz, Silvia, María, and their organisations have held the social fabric together. Their stories are inspirational and instructive.

Elizabeth Gómez Alcorta is the first Minister of Women, Gender, and Diversity in the Argentinian government. In December 2019, her ministry set up the National Directorate of Care (Dirección Nacional de Cuidados), which has worked along four main axes. First, to draw up a federal map of care and training facilities for care work. Second, in February 2020, the Directorate instituted an Inter-ministerial Roundtable on Care Policies (Mesa Interministerial de Políticas de Cuidado) to bring together fourteen ministries whose agenda intersects with care work. Third, in August 2020, the Directorate started a campaign, Caring with Equality: Necessity, Rights, and Work, which holds ‘Parliaments of Care’ to listen to the care workers and care givers to get their perspective on the key issues. And, lastly, in October 2020, Gómez Alcorta’s team formed a drafting commission comprised of nine experts who will write a bill for a comprehensive care system for the country. 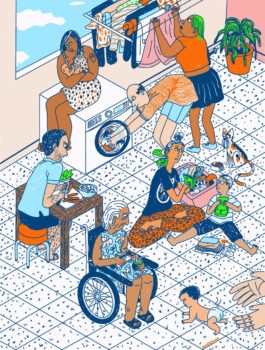 ‘The slogan of the campaign–“care with equality” (Cuidar en igualdad)–seems to me to summarise a large part of our concept of care’, Gómez Alcorta told me recently. ‘Care is a necessity, since all of us need to be cared for at some point in our lives, and if it is a necessity, then there must be rights for the care givers. We have before us the great challenge of laying the foundations for a comprehensive care system with a gender perspective’, she told me, and this system must take into account the ‘complex and heterogeneous reality’ of Argentina. That is why, she said, ‘the dialogue being carried out by the drafting commission is so important.… We know that the current composition of families is diverse, so on the one hand, we work in terms of the diversity of families and identities, trying to contemplate all situations. On the other hand, our country has a great social debt, we have high poverty rates, and we know that women are the most affected by economic crises. That is why we maintain that a better redistribution of care tasks not only generates greater gender equality but also results in greater social justice’.

Patriarchal systems and customs are ‘breaking down’, Gómez Alcorta said, but ‘there is still a long way to go’. Shared responsibility for care work is seldom a reality, which is why ‘men have to be more involved, but we also know that deconstructing habits and stereotypes can take time’. Nonetheless, Gómez Alcorta told me, ‘We have the strong conviction that we are moving towards a scenario in which care is better distributed and socially recognised and valued for what it is: the work that makes the world work’.

In last week’s newsletter, I highlighted the assembly election campaign in Kerala. Now that the manifesto of the Left Democratic Front has been released, there is a point that bears special mention: that if the Left returns to power, it would institute a pension for housewives. ‘The value of domestic labour will be recognised, and pension will be instituted for housewives’, says the manifesto. The implications of this pension plan are enormous; it recognises that domestic labour has value and shakes the foundations of patriarchy, which is built on the financial dependence of women.

These struggles in Argentina and Kerala echo the words of the poet Alaíde Foppa (1914-1980), a poet and activist who was murdered in Guatemala in 1980: 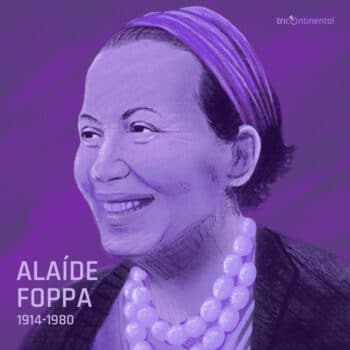 Through flowering meadows
my light foot ran,
left its mark
in the damp sand,
looked for lost paths,
trampled the hard sidewalks
of cities
and climbed stairs
that it did not know where they led.