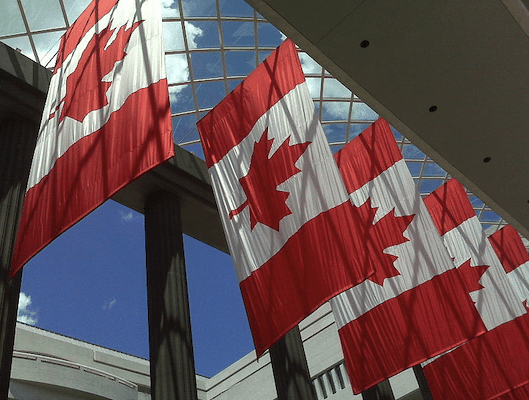 At the New Democratic Party’s (NDP) convention last week, party members overwhelmingly passed a motion to sanction Israel. The policy book forthe center-left political party, which has existed in Canada since 1961, will now include a boycott of goods from illegal settlements and an arms embargo on the country.

“The adoption of this policy today firmly positions the NDP as one of the few parties demanding the end of Canada’s support for illegal settlements and suspending the flow of weapons to and from Israel until Palestinians are free,” Geneviève Nevin, one of the resolution’s organizers, said in a statement.

In a time of unparalleled and intersecting social, environmental, and economic crises, it is of paramount importance that the NDP stand with and take direction from marginalized communities and those fighting for peace and justice everywhere.

“For the first time, the NDP has endorsed concrete and proactive measures that the Canadian government can take to force Israel’s compliance with international law,” said Michael Bueckert, vice president of Canadians for Justice and Peace in the Middle East (CJPME).

This is a major step forward for the NDP, and an encouraging development for all Canadians who want to see our political leaders respond to the call for action coming from Palestinian civil society.

Organizers were also hoping to vote on a resolution rebuking the International Holocaust Remembrance Alliance’s (IHRA) working definition of antisemitism, which infamously includes some criticisms of Israel. That resolution never came up for a vote, but NDP leadership faced immense pressure from pro-Israel groups to quash the effort. The Centre for Israel and Jewish Affairs (CIJA) put out a statement attacking the NDP and sponsored a letter calling for NDP leader Jagmeet Singh to reject the resolution.

“Even though there was no vote on this resolution, the NDP leadership needs to realize that there is widespread and growing opposition to the harmful IHRA definition within the party, who expect their leadership to take a clear stance against it,” said Bueckert.