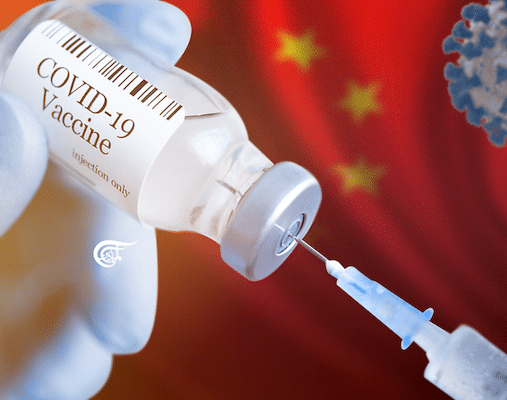 China has not only proved itself as a leader on the techno front but also asserted itself by achieving its diplomatic goals.

COVID-19 is the major public health emergency witnessed by human history in recent times. COVID has put humanity to a new test and shaped our World from individual new norms to a new world order. While facing the pandemic, all countries were traversing new grounds in their domestic and international affairs. Their response actions to COVID heralded far-reaching consequences not only on their health systems, populations, technology but also on the way they will be seen in the history of mankind as a member of a global community. While it may be contested, the facts prove that on the medical front, China has turned out to be a great contributor to help the World fighting against COVID. Not only did it lead the production of the first vaccine and several to follow, but it also opened the door to widespread distribution in lower-income nations through the COVID-19 Vaccines Global Access (COVAX) initiative.

China has not only proved itself as a leader on the techno front, but also asserted itself by achieving its diplomatic goals. The first vaccine to be listed is made in Beijing by the Chinese state firm Sinopharm. The other named CoronaVac–is produced by the private company Sinovac Biotech, also based in Beijing. Five other COVID-19 vaccines have been authorized by the WHO, but, unlike these, the Chinese ones use inactivated viruses and are not widely used in Western nations. China was able to address the global need when the other vaccines and their producers were facing problems. India was meant to contribute one billion doses of its Covishield vaccine, but exports were halted, owing to the country’s ongoing COVID-19 crisis. Deliveries to COVAX of another WHO-listed vaccine produced by the pharmaceutical firm Pfizer have been limited and so is the situation with Johnson & Johnson’s vaccine and Moderna for some time.

Inactivated-virus vaccines have generally proven to be less effective than others in use. However, they still exceed the WHO’s 50% efficacy threshold  for emergency-use approval, making them important in reducing the global shortfall. Given the inabilities to contain the virus and leaving no choice other than immunization,  China’s vaccines have already catalyzed immunization campaigns in more than 40 countries. The country is targeting to produce nearly five billion doses this year, which might increase owing to the manufacturing deals with countries such as the UAE, which is making a version of Sinopharm’s Beijing vaccine, called Hayat-Vax. Besides its own production, China is helping the countries produce vaccines–Pakistan is an example. For many countries, Chinese vaccines have been the only accessible ones. In others–such as Brazil, Turkey, and Chile, where tens of millions of people have been vaccinated–they make up some 80–90% of administrated doses; and researchers in these countries are beginning to see evidence of the jabs’ effect in controlling the pandemic (C. G. Victora et al. Preprint at medRxiv https://doi.org/gbh3; 2021). Anecdotal reports hint at a low incidence of breakthrough infections, severe illness, and death among fully vaccinated individuals.

While my topic is limited to vaccines only, it may not be out of place to also underscore the ability of China in controlling the epidemic within its boundaries. China has succeeded in turning the situation around. In little more than a single month, the rising spread of the virus was contained; in around two months, the daily increase in domestic coronavirus cases had fallen to single digits; and in approximately three months, a decisive victory was secured in the battle to defend Hubei Province and its capital city of Wuhan. With these strategic achievements, China has protected its people’s lives, safety, and health, and made a significant contribution to safeguarding regional and global public health. As a crucial step to stem the spread of the virus, the Chinese government took the decisive measure to close outbound traffic from Wuhan. This marked the beginning of an all-out battle to protect Wuhan and Hubei from the epidemic followed by the most comprehensive, stringent, and thorough epidemic prevention and control campaign.

China has led the process of building a global community of Health for All. It has provided support for global virus prevention and control by promptly sharing information and experience with the international community, released information such as the whole coronavirus genome sequence and the specific primers and probes for detecting the coronavirus to the WHO and other relevant countries within no time, has conducted more than 70 exchanges with international and regional organizations including ASEAN, the European Union, the African Union (AU), APEC, the Caribbean Community, and the Shanghai Cooperation Organization (SCO), as well as the ROK, Japan, Russia, the United States, Germany, and other countries.

With respect to international assistance, it has provided two batches of cash support totaling $50 U.S. million to the WHO and has been active in providing medical aid to other countries. As of May 31, China had sent 29 medical expert teams to 27 countries and offered assistance to 150 countries and 4 international organizations. It supported countries in purchasing protective materials. It has smoothed the channels for supply-demand docking, organized logistics, transport, and the supply of goods, and accelerated export customs clearance. It has taken effective measures to control product quality, regulate export procedures, issue guidelines on foreign market access, and strengthen market and export quality supervision, so as to provide other countries with goods of the highest quality.

From March 1 to May 31, China exported protective materials to 200 countries and regions, among which there were more than 70.6 billion masks, 340 million protective suits, 115 million pairs of goggles, 96,700 ventilators, 225 million test kits, and 40.29 million infrared thermometers. China has strengthened communication and exchanges with the WHO, conducted exchanges and cooperation with other countries on research in virus traceability, medicines, vaccines, and testing, shared scientific research data and information, and jointly studied prevention, control, and treatment strategies. On the financial front, China has actively participated in funds and acted upon the Debt Service Suspension Initiative of the G20. It has so far announced the suspension of debt repayments from 77 developing countries.

Given the above-stated overview, China has cemented its status as a global actor in transforming the political landscape of our world. China has been able to withstand the pressures of time and demonstrated its strength both on technological but also political fronts. It has been able to use the opportunity to produce a new “Soft Power” i.e. Power of Healing for itself that has cultivated and enriched its global following and will be contributing to its already well-known “Economic Power” status. The days to come may witness a change in the Balance of Power owing to this single factor.