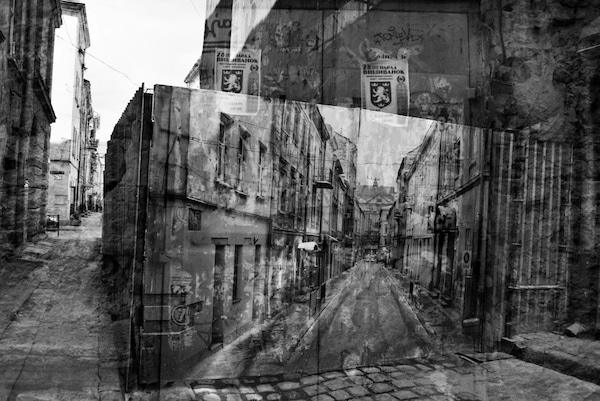 The Marxian Critique of Political Economy

In the first two chapters, we looked at some of the major differences between Marxian economics and mainstream economics, both in Marx’s time and in our own.

But where did Marx’s critique of mainstream economics come from? It certainly did not emerge in one fell swoop, as a ready-made theory of capitalism. And it wasn’t produced in isolation, independently of the society within which it was first produced and then further elaborated.

Quite the opposite: we can trace the development of Marx’s critique through a variety of texts—many of them now quite famous, even if they are rarely mentioned or discussed within economics. There, we can see Marx’s ideas developing and changing, until he began to work on his critique of political economy, finally presented in Capital.

Moreover, Marx’s critical appraisal of both mainstream economic theory and capitalism was, like all theories or discourses, a product of its time—of the economic and social structures as well as of the ideas that were prevalent when he was writing. In turn, once they were produced, Marx’s ideas participated in changing that same intellectual and social environment—as they continue to do, right up to the present.

In this chapter, we will examine some of the influences on Marx’s critique of political economy. These include the larger economic and social environment of capitalism in the middle of the nineteenth century as well as Marx’s intellectual heritage, especially the politics of utopian socialism and the philosophy of G. W. F. Hegel—in addition to classical political economy. Without having a basic sense of those moments, it is impossible to understand where Marx’s critique came from.

The task is even more germane because those influences are so different from those of our own own time, when you are reading this book. Capitalism has changed a great deal in the intervening period, and the ideas we take to be relevant today are quite different from those that influenced Marx’s work. How many of us, for example, know about or read Hegel today? Instead, in recent decades, postmodernism has been much more of an influence on contemporary interpretations of Marxian economics.

Once we have accomplished that goal, we will turn our attention to some of Marx’s most famous writings before Capital. These include such texts as The Economic and Philosophical Manuscripts of 1844 and The German Ideology, as well as the copious notebooks, the Grundrisse, Marx kept as he first started delving into classical political economy.

For a Ruthless Criticism of Everything Existing

So, where to begin? Perhaps the best place is one of the letters Marx wrote to his friend Arnold Ruge. 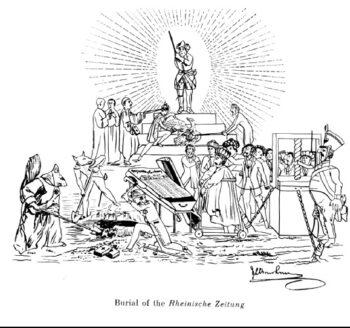 Marx was 25, just two years beyond completing his Doctor of Philosophy at the University of Jena. He had recently married Jenny von Westphalen—but, seeing that working in his native Germany was becoming increasingly difficult, he was already planning to leave and move to France. Police reprisals had forced Marx to resign from the editorship of Rheinische Zeitung (Renish Newspaper). During that time, Marx corresponded with Ruge, and their eight-letter exchange was eventually published in the Deutsch-Französische Jahrbücher (German-French Annals), which appeared in Paris in 1844.*

The most relevant piece of that correspondence is the letter Marx composed in September 1843, which eventually acquired the title “For a Ruthless Criticism of Everything Existing.”** With those words, Marx announced the task confronting him and other “young Hegelians” at that moment:***

the ruthless criticism of the existing order, ruthless in that it will shrink neither from its own discoveries, nor from conflict with the powers that be.

In one sense, there’s nothing remarkable about Marx’s formulation of their task. It’s part and parcel of modernity, the “tradition of no tradition,” defined by self-criticism, openness to novelty, suspicion of authority, questioning of the existing common sense, and much else. It is, in short, what modern intellectuals (including students) are supposed to do: follow ideas wherever they may go, without being afraid of their consequences or, as we say these days, of “speaking truth to power.”

In another sense, Marx formulated his project of “ruthless criticism” in a novel fashion. He ties it to socialism and communism—and therefore a radical transformation of the world. He was, even at that young age, a radical thinker and acivist.

This does not mean that we shall confront the world with new doctrinaire principles and proclaim: Here is the truth, on your knees before it! It means that we shall develop for the world new principles from the existing principles of the world. We shall not say: Abandon your struggles, they are mere folly; let us provide you with true campaign-slogans. Instead, we shall simply show the world why it is struggling, and consciousness of this is a thing it must acquire whether it wishes or not.

Therefore, Marx explains, he does not believe in nor is he in favor of holding up any kind of “dogmatic banner.”

That, in a nut shell, is how Marx understands his project—a “ruthless criticism of everything existing”—which, as we will see in this chapter, passes through various stages on his way to composing the critique of political economy in Capital.

*The aim of this chapter is not to present the details of Marx’s life. The focus here, as in the book as a whole, is on the development of Marx’s ideas as well as their conditions and consequences. For interested readers, the classic biography is Franz Mering’s Karl Marx: The Story of His Life (published in 1918). A recent film directed by Raoul Peck, The Young Karl Marx (2017), is an excellent historical drama about Marx and his relationship to Friedrich Engels. It also emphasizes, perhaps for the first time, the important role played by their respective wives, Jenny von Westphalen and Lizzie Burns.

**Most of Marx’s texts cited in this chapter can be found in the second edition of The Marx-Engels Reader, edited by Robert C. Tucker.

***”Young Hegelians” refers to the influence on Marx of Hegel’s philosophy, which will be discussed in the next section.