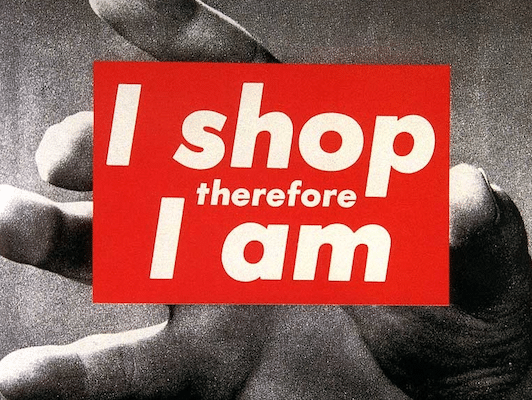 Mainstream economics is a framework of analysis that encompasses both microeconomics and macroeconomics. It also extends far beyond them, to include a wide variety of topics, from labor markets through capitalist instability to globalization.

In this chapter, we’ll look at the basic building blocks of mainstream economic theory, as well as the key criticisms from the perspective of Marxian economic theory. In later chapters, we will take up some of the principal extensions of the theory and the various ways it is challenged by Marxian economists.

Neoclassical economic theory came first, having emerged simultaneously in the writings of three economists in three different countries: William Stanley Jevons (1835-1882), in England; the French-born Léon Walras (1834-1910) in Switzerland; and Carl Menger (1840-1921) in Austria. Capitalism had already produced and been subsequently transformed by the First Industrial Revolution (the birth of capitalist industry lasting, following Eric Hobsbawm, from the 1780s to the 1840s) and was on the cusp of launching the Second Industrial Revolution (the revolutionizing of capitalist industry, which took place from 1870 to the beginning of World War I), in Europe and the United States.

Separately, but roughly at the same time, Jevons, Walras, and Menger were the major contributors to what we now call the Marginalist Revolution in economics. Their goal was to create a theory of economic value that mimicked the scientific protocols of nineteenth-century physics.

You have probably read about the paradox of diamonds and water? The idea is that diamonds are not as useful as water but they do tend to fetch a much higher price on markets. Why is that? Neoclassical economists argued that is not the total usefulness but the extra or marginal utility gained from consuming an object that matters in determining the prices of commodities. Overall, water is much more abundant and useful than diamonds. But the larger marginal utility of less-abundant diamonds—the extra usefulness of the last unit consumed—compared to that of water is what explains its higher price.

There, in a nutshell, we can see the foundations of what has become neoclassical economic theory—a theory of economic value based on scarcity, utility, and decisions at the margin (along with the corresponding mathematics, calculus). The result is a celebration of capitalism, an economic system based on private property and free markets.

The usual starting point is the supply-and-demand conception of markets. Neoclassical economists assume that there are markets for all goods and services—not only butter and banking services, but also the “factors of production,” land, labor, and capital. Each has a corresponding set of supply (SS) and demand (DD) curves and an equilibrium price (P0) and quantity (Q0), as in the diagram above.

But that’s only the beginning of the story. In order for the model to work, each of the supply and demand curves has to be tied back to their ultimate determinants.

In neoclassical economics, the given or exogenous determinants of supply and demand reside in nature—mostly human nature, but also physical nature. Thus, for example, the demand for goods and services is determined by human preferences (along with consumers’ incomes). Those preferences are assumed to be given, from outside the economy, and to behave in predictable ways (as in the marginal utilities of the diamond-water paradox).

Households are assumed to maximize utility in choosing between different bundles of commodities in the “celestial supermarket.” When they make their purchases at the market equilibrium, the prices in markets can be shown to correspond to those given preferences or utilities.(1)

Household incomes, meanwhile, derive from the sum of wages, profits, and rent they obtain when they sell labor, capital, and land to the firms that are producing the goods and services they purchase. Those “factor” incomes are determined, like all other commodities, by supply and demand in markets. Firms demand labor, capital, and land according to their marginal productivity, in order to maximize profits.

Meanwhile, households are assumed to make utility-maximizing choices in selling those services to firms. The result is that consumer incomes also correspond to nature—human nature in terms of individual preferences, along with the physical nature of land. And the more labor, capital, and land they choose to sell, the higher their incomes, and the more commodities they can purchase.

The final neoclassical assumption is perfect competition, such that all consumers and firms are said to be “price-takers.” They don’t set prices but, instead, take the prices as given when they make their utility-maximizing and profit-maximizing decisions as households and firms.(2)

The neoclassical conclusion is that not only is each market in equilibrium, the economy as a whole is assumed to reach a general equilibrium. What this means is that the economy-wide equilibrium represents a perfect balance between the limited means of available resources and the unlimited desires of consumers. Production is at its maximum and full employment is achieved. Moreover, the set of equilibrium prices can be said to correspond to the preferences of consumers, that is, to human nature.

As will be evident to readers, that’s a very powerful conclusion! Starting with atomistic individuals, directed only by their own self-interest, neoclassical economists conclude that the economy as a whole reaches a position where no one can be made better off without making someone worse off.(3)

But neoclassical economics is not only a theory about the efficiency of capitalism or the way it solves the problem of scarcity or, for that matter, a proof that market prices correspond to human nature. Implicit within neoclassical economics, as in all economic theories, is also a particular theory of ethics or economic justice.

The first key ethical claim made by neoclassical economists is that everyone is equal. Households may have vastly different amounts of income or wealth (because of their different utility-maximizing decisions to sell labor, capital, and land to firms) but they are all fundamentally equal. That’s because they are all assumed to be price-takers and, as if by an “invisible hand,” they are led to make decisions such that their individual utilities are the same as those of everyone else.(4)

According to neoclassical economists, capitalism is also characterized by “just deserts”—the idea that everyone gets what they deserve. This is shown in two ways. First, consumers purchase commodities at prices that are equal to their preferences. Second, the incomes households use to buy goods and services are the sum of the wages, profits, and rents they receive for selling factor services to firms. And those factors—labor, capital, and land—are remunerated according to their marginal contributions to production.(5) What that means is that households receive incomes and firms pay for factor services according to their contributions to production. So, in both product markets and factor markets, everyone within capitalism—households as well as enterprises—receives the appropriate reward for their decisions and actions.

From the perspective of neoclassical economics, then, capitalism promotes both equality and fairness. That’s true even if there is considerable inequality among households—in terms of either income or wealth. Those inequalities are due to the different decisions households make, as well as their different initial endowments, which are considered to be determined outside the economy. Therefore, according to neoclassical economists, capitalism, even if it delivers different levels of remuneration, as long as they correspond to to the decisions and abilities of individual households, still delivers economic justice.

There is one final ethical principle that is prominent within neoclassical economics, and that’s the notion of freedom. It stems from what is considered a more Austrian interpretation of neoclassical theory (in a line that runs from Menger through such economists as Ludwig von Mises and Friedrich Hayek to Milton Friedman). Dispensing with some of the arguments above (such as general equilibrium and economy-wide efficiency), Austrian economists emphasize the freedom that capitalism grants to individuals—whether households or firms—to decide on their appropriate actions. They alone (and not, for example, governments) have the knowledge of their particular circumstances and, to the extent they are free to choose what is best for themselves within markets, capitalism can be said to be just.